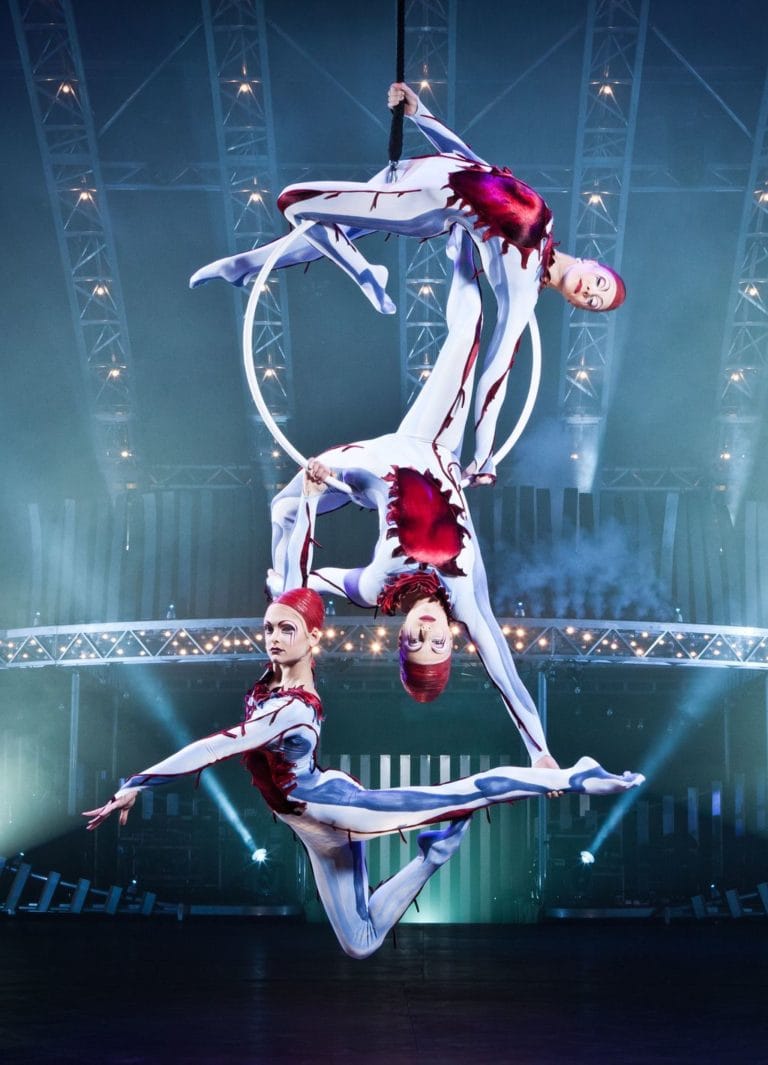 If I have ever seen je ne sais quoi in motion, it is while watching Cirque du Soleil, and perhaps never so much so as with its production of Quidam.

The term “quidam” refers to a nameless passer-by, someone lost in the crowd. Always anonymous, it could be anyone or all of us. Quidam, the show, celebrates breaking free from the ambiguous majority to find a renewed individuality.

The story concerns Zoé, an ordinary girl who dreams of the extraordinary. Told in the quintessential Cirque way, her fable unfolds with a spellbinding blend of artistry, acrobatics, pageantry and color. It’s a live concert, a full-scale theater production, a circus and yet also something more. Like a dream, it’s not something you see but experience.

For young audiences, there is humor and clownish antics. For those who’ve seen more of life, there’s subtle drama, dance and a whimsical touch of mystery.

In terms of execution, it’s Cirque and therefore absolument parfait. The cast brings together the world’s top performers from nearly 20 countries. Each act, whether aerial dancing or human pyramids, features a world-class expert who will astound you in defiance of the laws of physics.

Meanwhile, music builds momentum and paces the show with a plot so loose as to be almost ethereal. Characters — from the central Zoé to her parents to the comic ringmaster — are vague but intriguing.

At its close, you’re left with the sense of a happy ending, perhaps without quite being able to say why.

That not-knowing is, after all, the essence of je ne sais quoi.