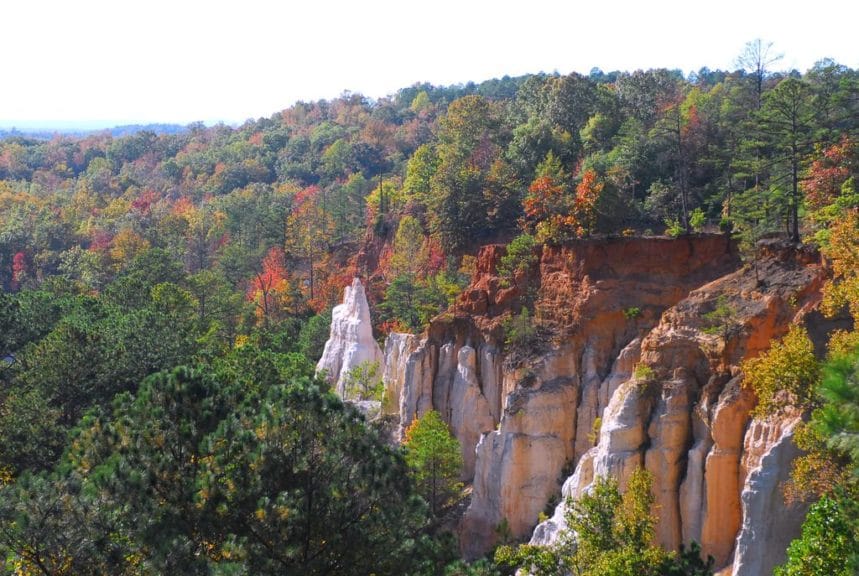 In spring and summer, Providence Canyon State Park puts on a show of color with its many wildflowers, including the rare plumleaf azalea, goldenrod, morning glory, rhododendrons, honeysuckle and yellow jasmine. By autumn, most of the flowers, except a few like the wild pink azalea, have retired, and the park colors turn to shades of orange, red, purple and gold with the changing leaves.

The fall colors usually peak in mid-November, but any time of year is perfect for a hike at Providence Canyon. The park offers picnic tables and playgrounds for a full day out and a rugged campsite for hikers who wish to spend the night. For more traditional lodging, fully equipped campsites and cottages are located by the lake at Florence Marina State Park, less than 10 miles away. 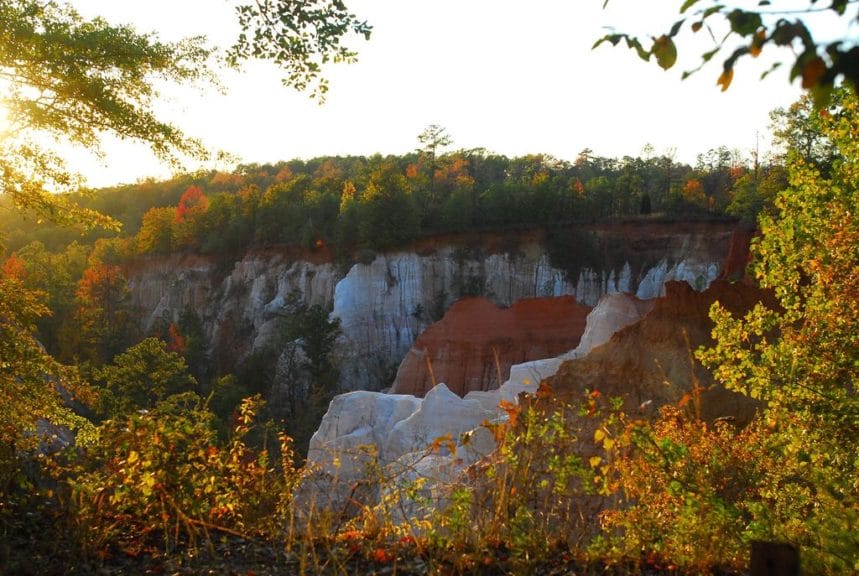 Known as Georgia’s “Little Grand Canyon,” Providence Canyon is located seven miles west of Lumpkin, Georgia. Its canyons were formed over a number of years, beginning in the 1830s when poor farming practices began to wear away the more resistant top layer of soil. Lower layers receded over the years, leaving massive gorges, the deepest of which is 150 feet.

These canyons will not grow any deeper, since they already brush the sea floor, but they widen every year by about three feet.

The trails wind along the canyon floor and, higher up, near the rim of the several canyons. The shorter trail, the White Blaze trail, circles the canyons in a three-mile loop, passing by several overlooks that provide a clearer view through the trees. A seven-mile path, the Red Blaze trail, leads further into the woods encircling the canyons. Both trails are marked by paint, either white or red, on the trees by the path.

This park has another novelty you don’t see everyday. The White Blaze trail passes by a number of old automobiles, abandoned by their owners before the park was established. Since then, nature has gone to work and animals have claimed them for nesting and shelter. Now, park officials can’t remove them without damage to the surrounding environment, so there they stay, a repurposed habitat for flora and fauna. 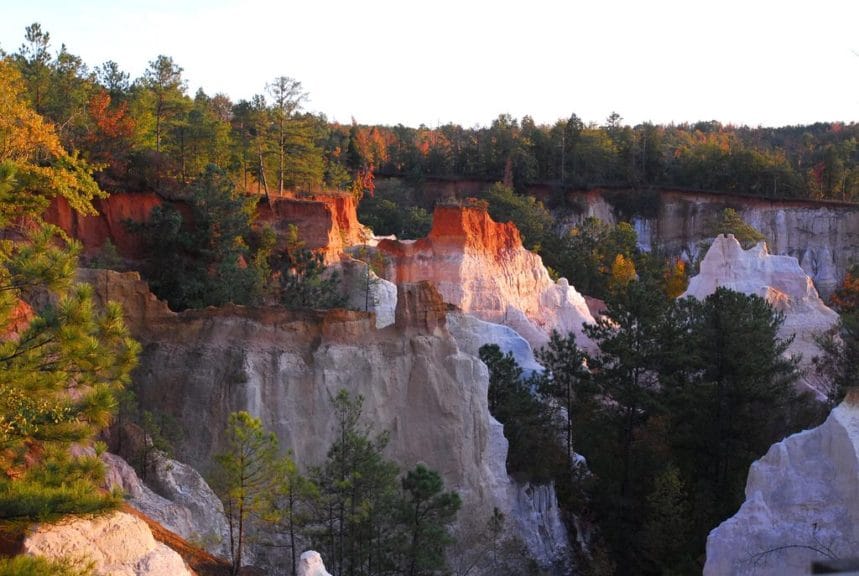 On weekends in season, you can visit the interpretive center to learn about the history and ecology behind the canyons.

The park closes a little bit earlier during the winter months, but stay as late as you can. Just before closing in November and December, the late afternoon sun casts long shadows and brilliant colors on the canyon walls.

Entrance to the park is free with just a small parking fee. 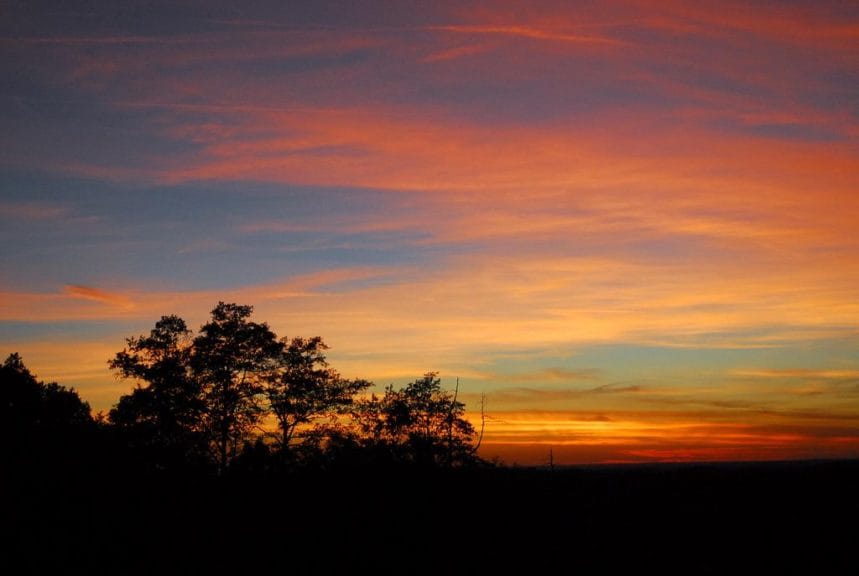