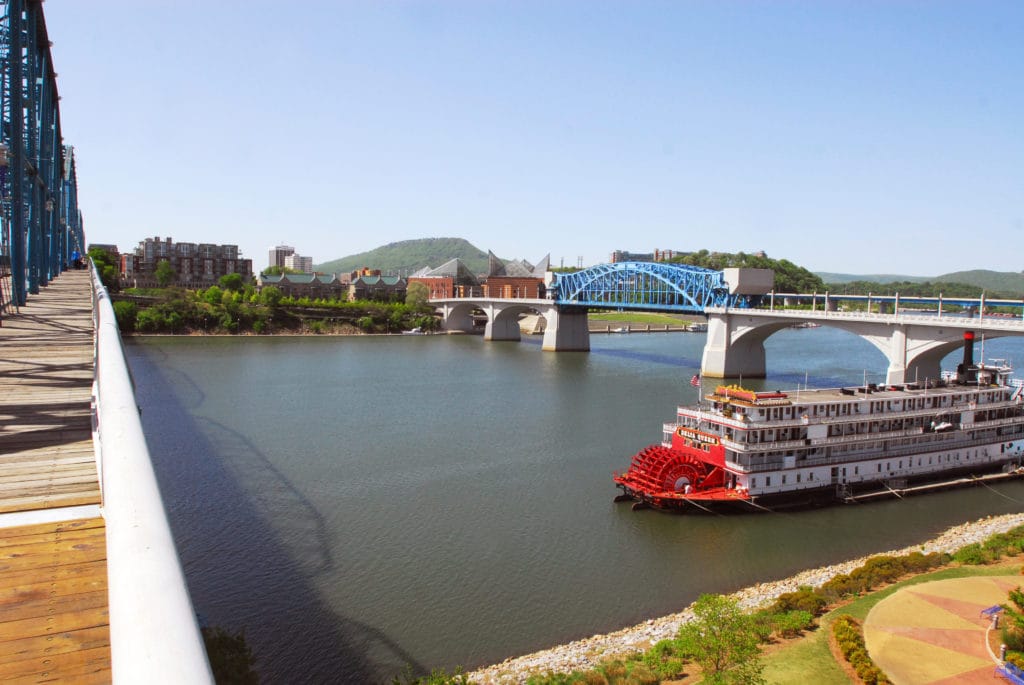 The home of MoonPies and miniature golf, claiming both the world’s longest pedestrian bridge and the world’s steepest passenger railway — that’s Chattanooga, Tennessee. The city has becoming increasingly popular as a tourist destination, and with dozens of unique attractions you can’t find anywhere else, it’s perfect for a weekend getaway, especially for those living in the South.

If you’re planning a trip, you may already know about the Tennessee Aquarium, the world’s largest freshwater aquarium, the Hunter Museum, home to the South’s largest collection of American art, and the Chickamauga and Chattanooga National Military Park, the country’s largest military park.

But there is so much more. One of my favorite sites in the city was Coolidge Park, a downtown riverfront greenspace spanning six acres.

Named for World War II veteran Charles Coolidge, a Chattanooga native and Medal of Honor recipient, the park has walking trails, interactive sculptures and fountains and a 100-year-old antique carousel.

Be sure to stroll along Walnut Street Bridge, built in 1891 and stretching more than 2,000 feet across the Tennessee River. It offers panoramic views of the park, Lookout Mountain and the city.