A Month in Nîmes, France 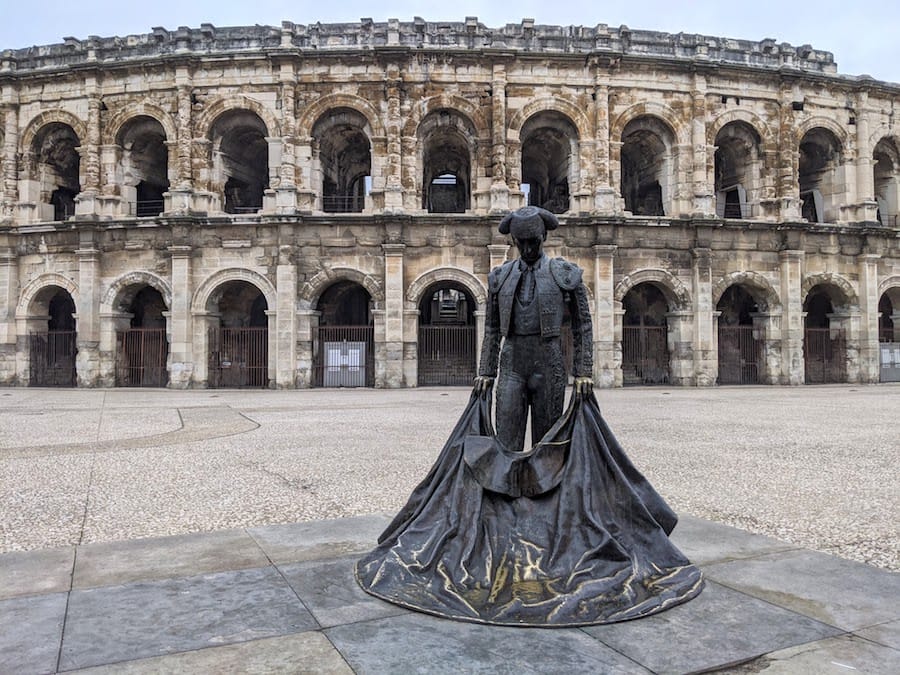 I knew about Avignon and, of course, Provence, but the city of Nîmes and the Occitanie region weren’t originally on my bucket list as places to explore. But as we tried to research places to stay in the south of France in late February and March — somewhere the weather would be bearable for a couple who’d been living in Georgia for the past decade — Nîmes kept asserting itself at the top of online lists. It was affordable, centrally located and had a free garden filled with Roman ruins. We found a cosy Airbnb in centre ville and booked our stay for six weeks. 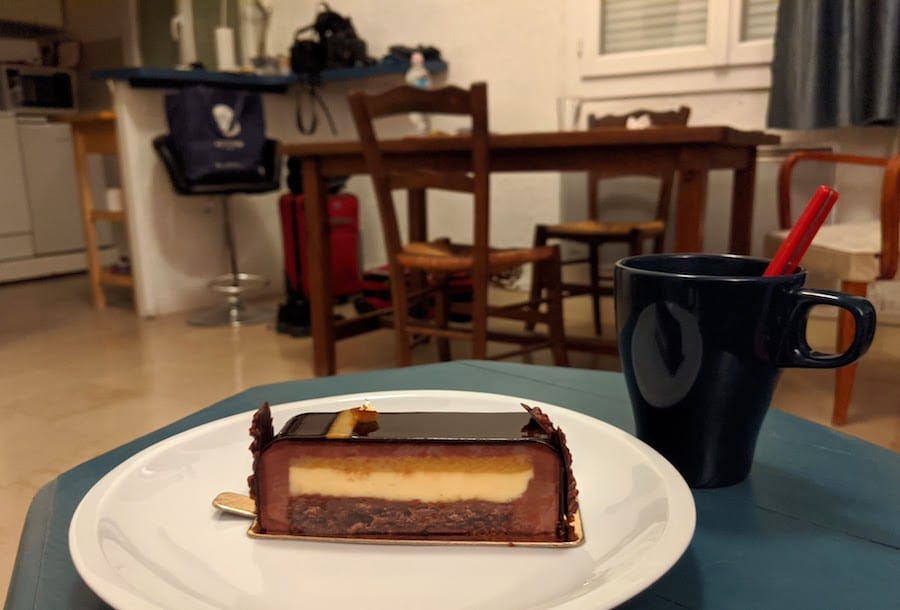 Nîmes is famous for its Roman monuments, specifically the trio of the Tour Magne, Maison Carrée and Arena. The tower is the oldest relic, and its chief attraction is the view it affords over the city once you climb the spiral staircase. The Maison Carrée is a temple, so most of it you can enjoy outside without paying the entrance fee. Indoors, it’s a theater showing a film about the birth and growth of Nîmes through the ages. As underwhelming as that might sound, I enjoyed the film immensely, caught up in the story of the people and events, dating back to 55 B.C., that shaped the city where I was living, if only briefly.

The arena is everyone’s favorite. You can walk the stadium seating and tunnels, climb to the top of the amphitheater, read the many placards about its history and, in general, explore without the fuss or crowds of Rome‘s colosseum, which, incidentally, isn’t as well preserved either. 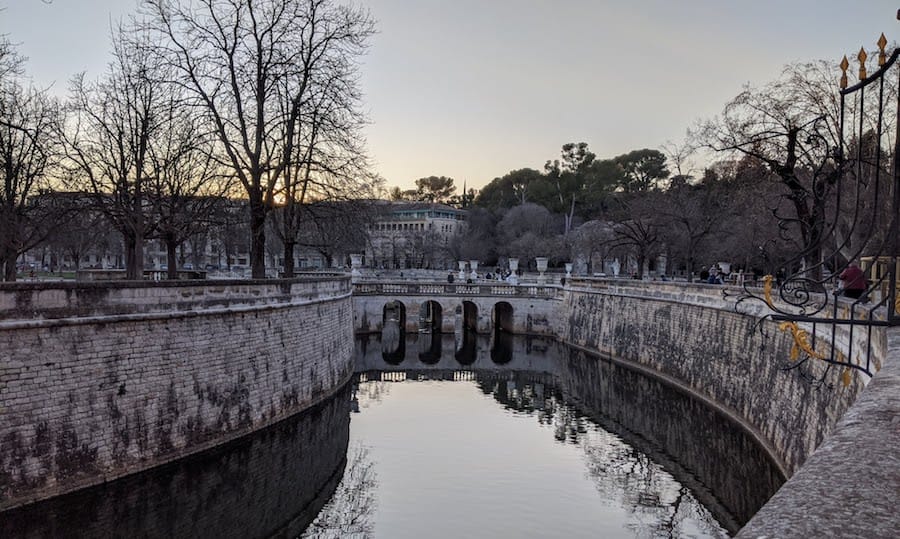 Canal at the entrance to the Nîmes garden: Jardins de la Fontaine

However, I was more taken with the Jardins de la Fontaine with its ruined Temple of Diana, terraced gardens, fountains and sculptures. I wish we could have stayed through the end of March as originally planned to see it in spring, but even winter offered a few flowers. 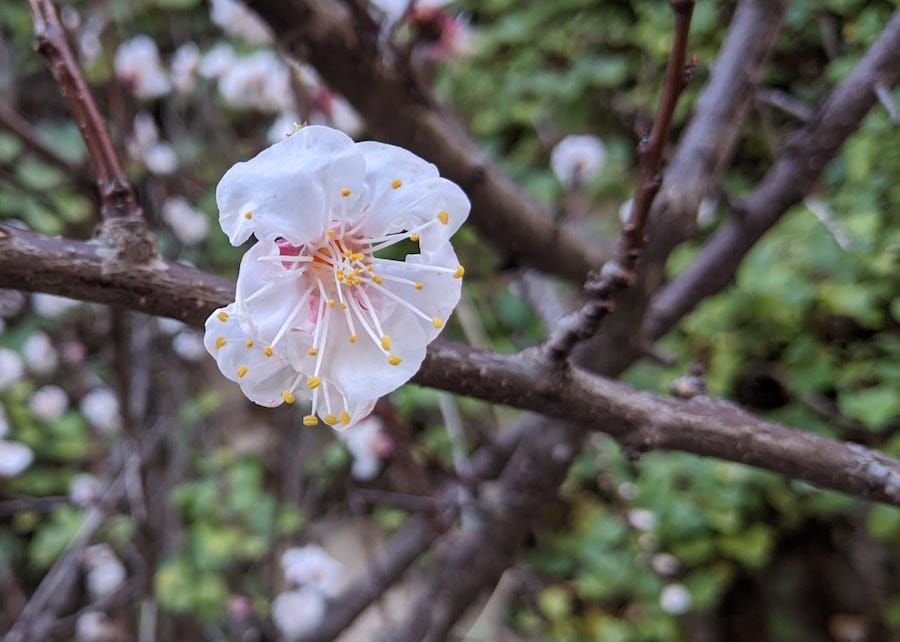 Of course, we had to cut our visit short due to COVID-19. We made the call to return to the U.S. late in the evening March 14 and flew home the next day. The Paris airport isn’t close to Nîmes. There are trains, but usually, I wouldn’t recommend leaving Nîmes in the morning and planning to catch a flight that afternoon. But then again, there was nothing usual about our departure. 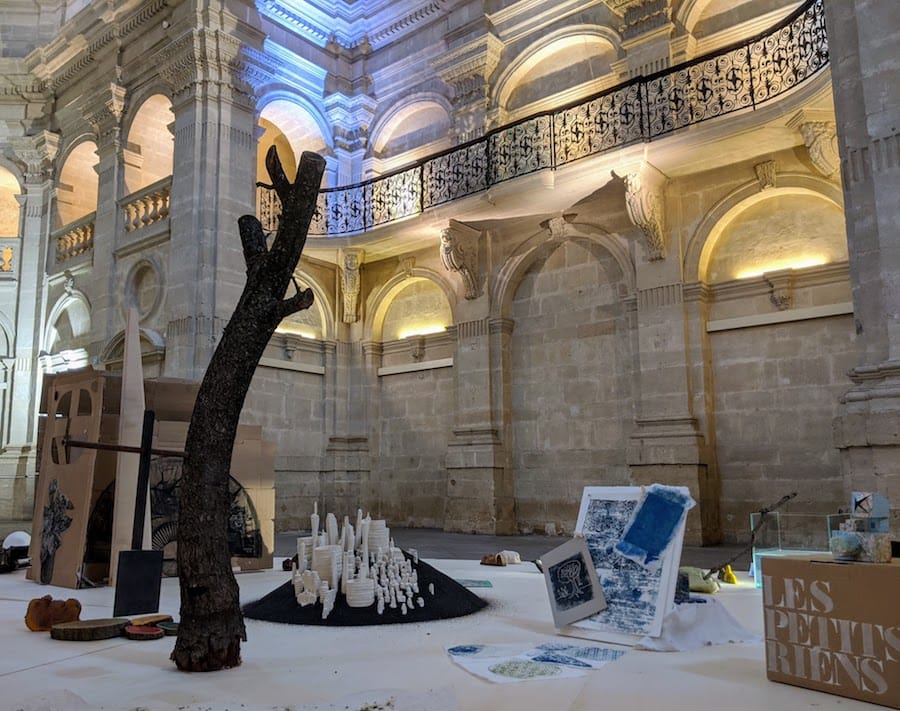 I wish I could have seen more of the city. There were unexpected free exhibits we stumbled upon set up in historic halls, where the architecture dazzled me as much as the art. There was the promise of future sunsets where I could finally capture the sunlight reflecting off the water just the way I wanted. There were a few restaurants and pastry shops I planned to try because I had two more weeks, all the time in the world to wrap up everything in Nîmes.

Our last week there, I lingered outside this pastry shop window, almost bought the apricot tart you can see in the back, but decided against it. I would return another day, after all. 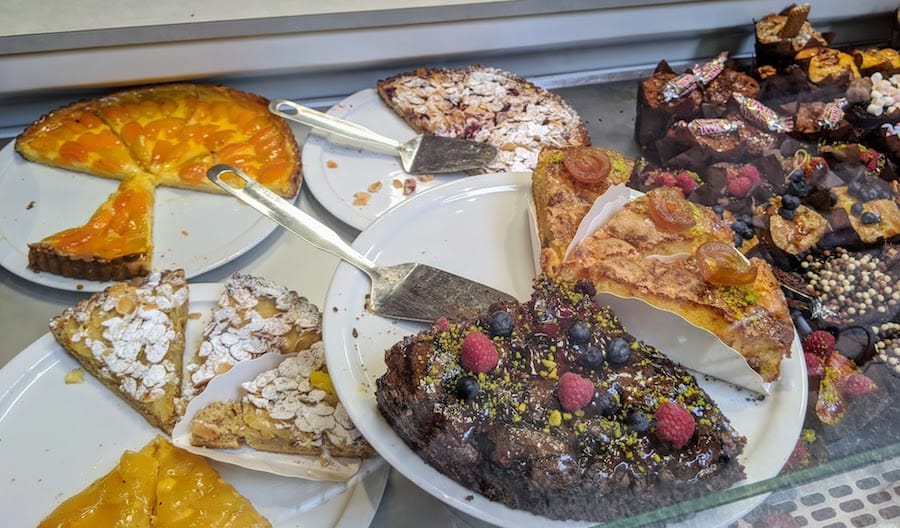 Pastries in a boulangerie window in Nîmes

Maybe I will return to Nîmes. I hope so. If you’re wondering what brought us to Europe for one month and how we managed to make it home before the border closed, I wrote about it for Business Insider.

What would you have done — stay for a few more months in lockdown in this lovely French city or leave right away to ride out the rapidly changing coronavirus situation in your country of citizenship?